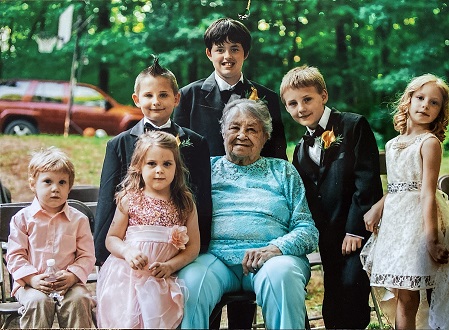 Karen was the middle of 3 children, born to Glen & Edith Wood. When Karen was 15 years old, her mom passed away during a routine surgery. At 19, Karen married & moved to Virginia Beach where she made life long friends. After many years and a move back to Kalamazoo, Karen was blessed with 2 daughters, Jodie & Patty. In 1980, Karen became a single mom and found work milking cows for Elton & Lindy Smith of Med-O-Bloom Farms in Caledonia. A few years later, Karen became the primary calf raiser. She created school age field trips and designed a coloring book for the kids to take home. In August, 1985, Karen married Al Needham who unexpectedly died in March 1986. Karen went back to raising calves working for Frank & Irene Bruinsma in Middleville. Karen would complete her farming career working for Eddie & Mary O'Donnell in Freeport. Frank, Irene, Eddie & Mary became life long friends of Karen's as she was accepted as an extended part of the Bruinsma and O'Donnell families.

On July 7, 1992, Karen married the final love of her life, Jim Barton. There were married until his death in December 2010. That same year, Karen became a great-grandma and therefore became G.G. to most everyone.
Karen learned the art of sewing from her mom & 4-H. In 2011, Karen moved to Sparta to be closer to her family. She had always made her own clothes, her children's clothes and costumes as well as many wedding attire for so many. G.G. was asked to help create costumes for her daughter and granddaughter for Sparta Community Theatre (SCT) and became the sewer costumer for SCT & Sparta High School. Her 1st show for Sparta High School was Aladdin in which she made over 80 costumes. One of her favorite creations was the donkey costume, 6 Fiona costumes as well as 4 Fiona wedding dresses for Shrek the Musical.
G.G. had a love for music. She played the piano & accordian by ear as she could not read sheet music. She instilled a love of coloring & painting to her great grandkids. She has paintings in the living room windows to commemorate each great grandchild and their current age, from freight trains to castles.

Plant a tree in memory of Karen

I remember her warm hugs and he beautiful smile. Before covid she hug me every week. Awesome lady .She will be greatly missed. Sending Prayers to the family. Rest In Peace sweet Karen.

Our love and prayers for God's comfort and blessing,

Memorial Tree was purchased for the family of Karen Louise Barton by Your Church Family at Sparta Naz.

The year we got G.G. on stage doing Joseph

G.G. at a Scotty McCreery concert where she talked the stage crew out of their pass.

G.G. at a Scotty McCreery concert where she talked the stage crew out of their pass.

GG, doing one of many things she loved 🥰

GG, doing one of many things she loved 🥰 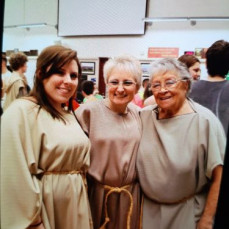 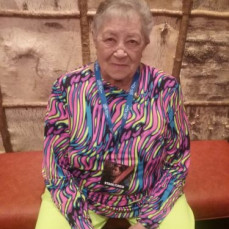 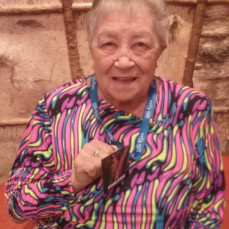 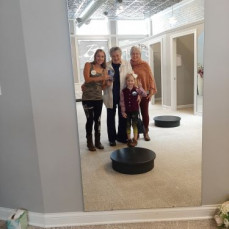 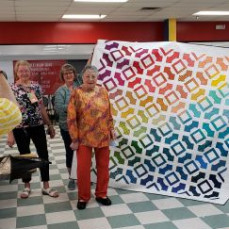 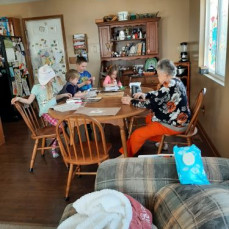 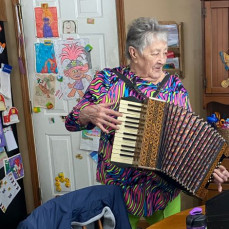 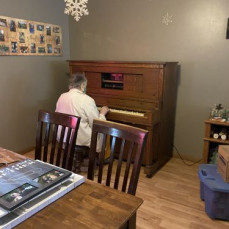 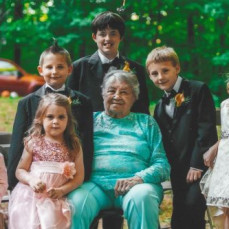 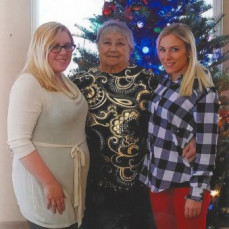 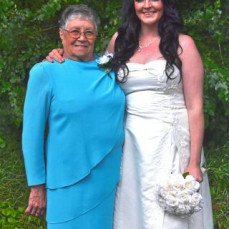 The attached photos are added to the memorial of Karen Louise Barton to help share their legacy.